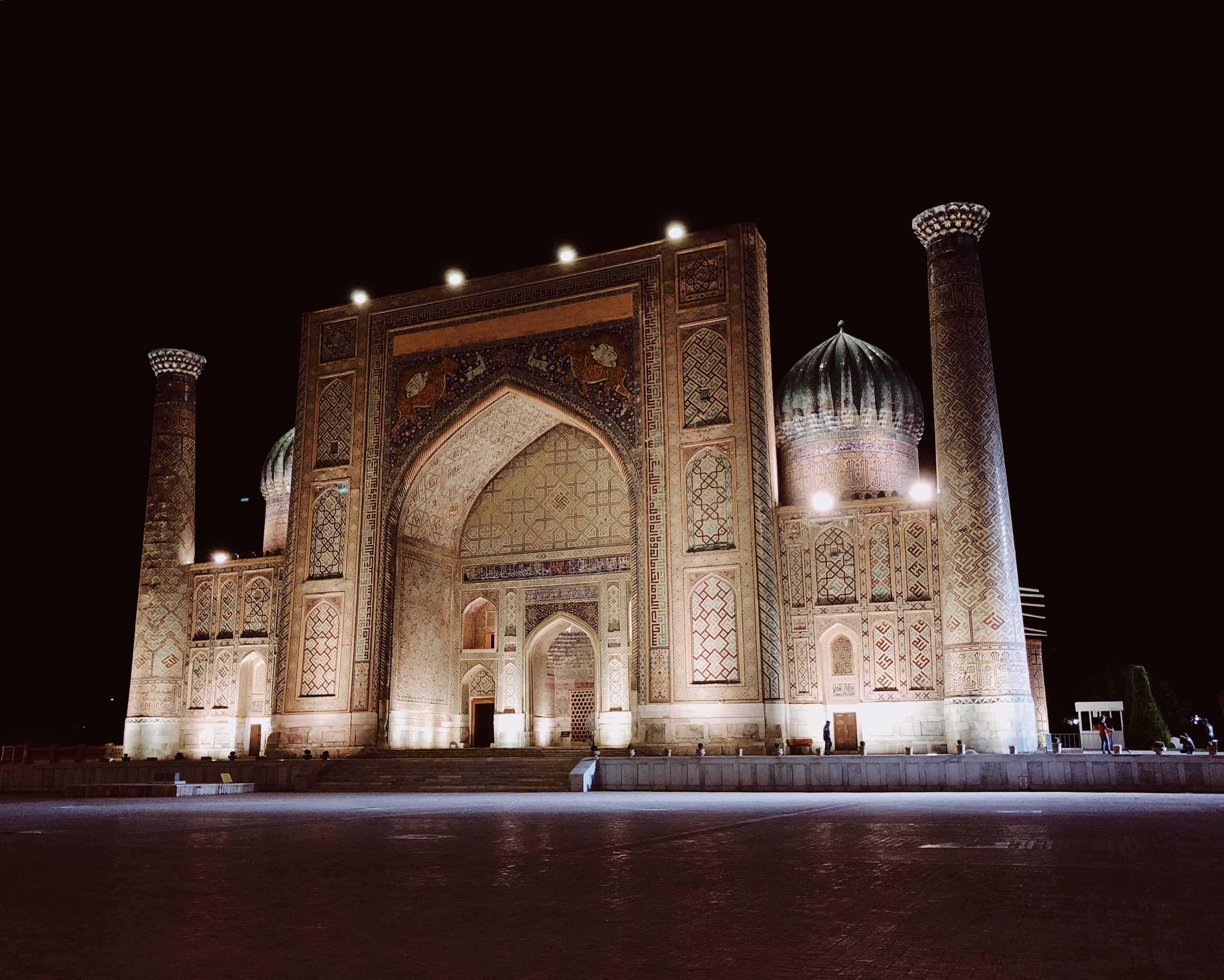 My husband David and I had the longest debate about an appropriate honeymoon destination with him leaning more towards a lazy beach vacation and me wanting to do something more cultural. We finally settled for Uzbekistan. Unfortunately, our work schedules clashed so David was unable to go. I decided to make it another one of my solo trips. Hence my spending seven amazing days in this little-known country, that is a melting pot of cultures, exploring the magical wonders of its famous Silk Road cities.  I can confidently say that it should be on everyone’s ‘must travel to’ countries. 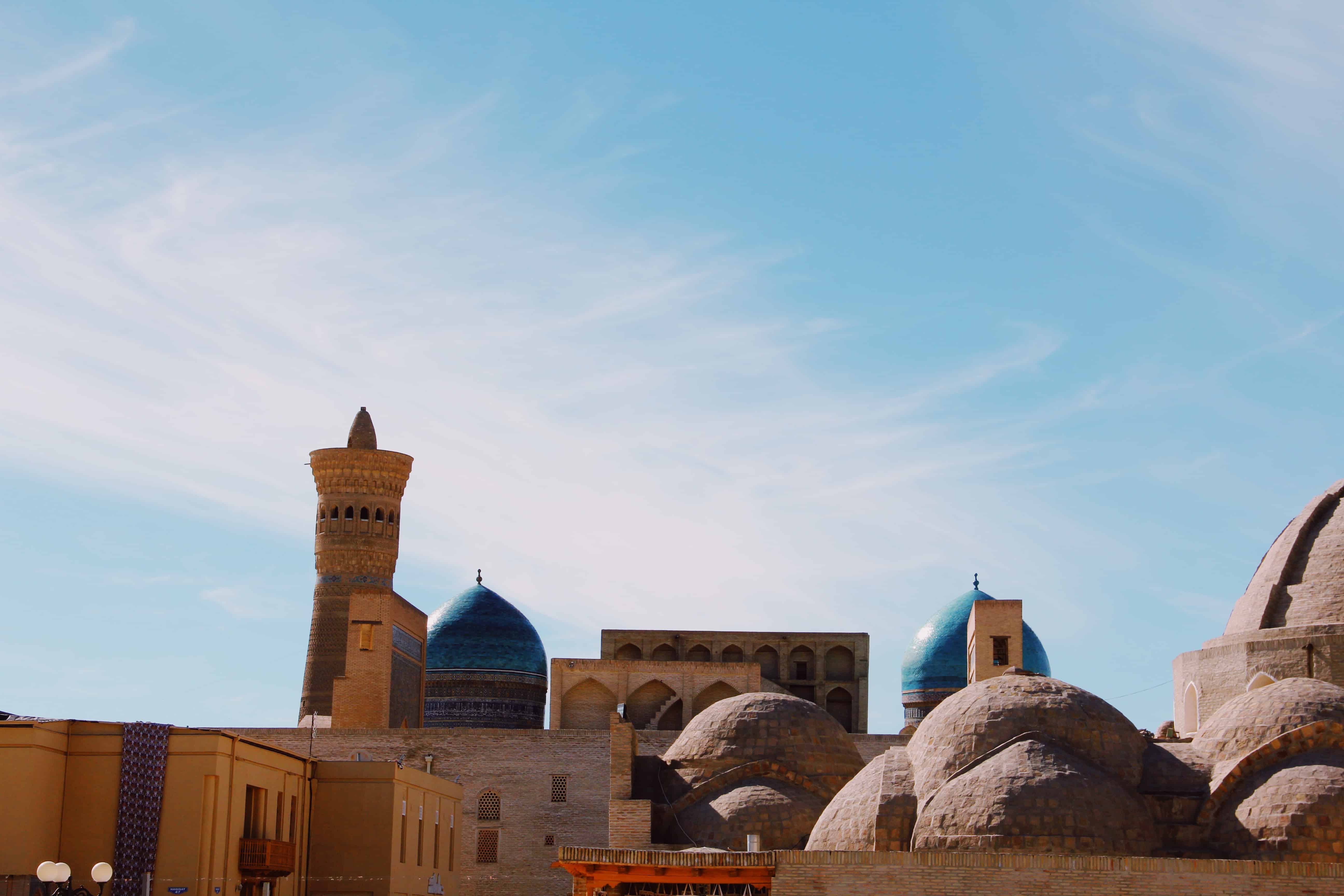 Highlights from the trip:

Uzbekistan’s capital city and Central Asia’s largest is a delightful mix of modern and ancient architecture where beautiful Russian style churches and mosques blend in easily.  There is a vibrant creative scene buzzing with the latest fashion trends and passionate artists. Food is as diverse and fascinating as the people. The staple food plov, (a rice dish) is legendary and the shashlik (meat skewers of beef, lamb or chicken) finger-licking good. 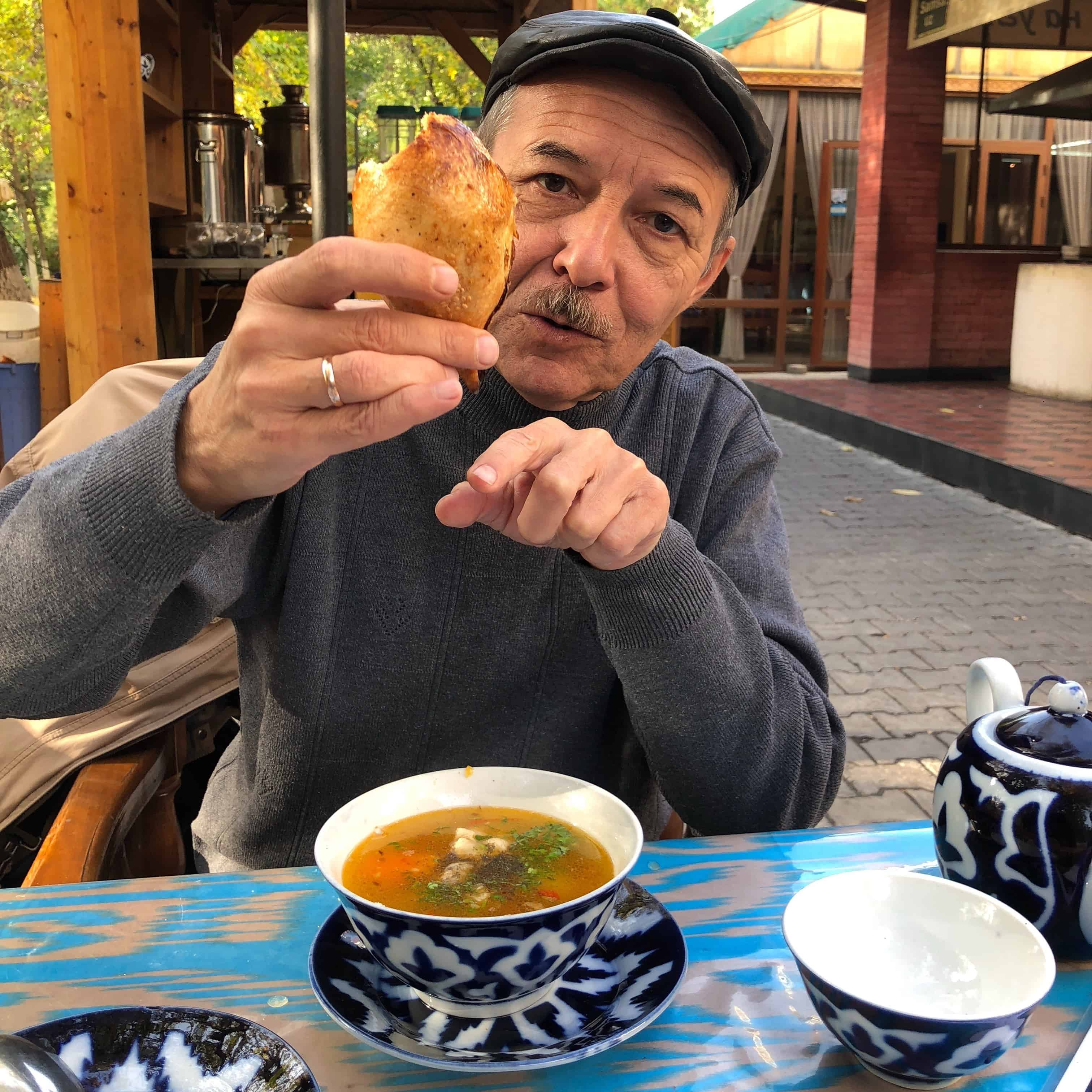 Be sure to sample the decadent somsas 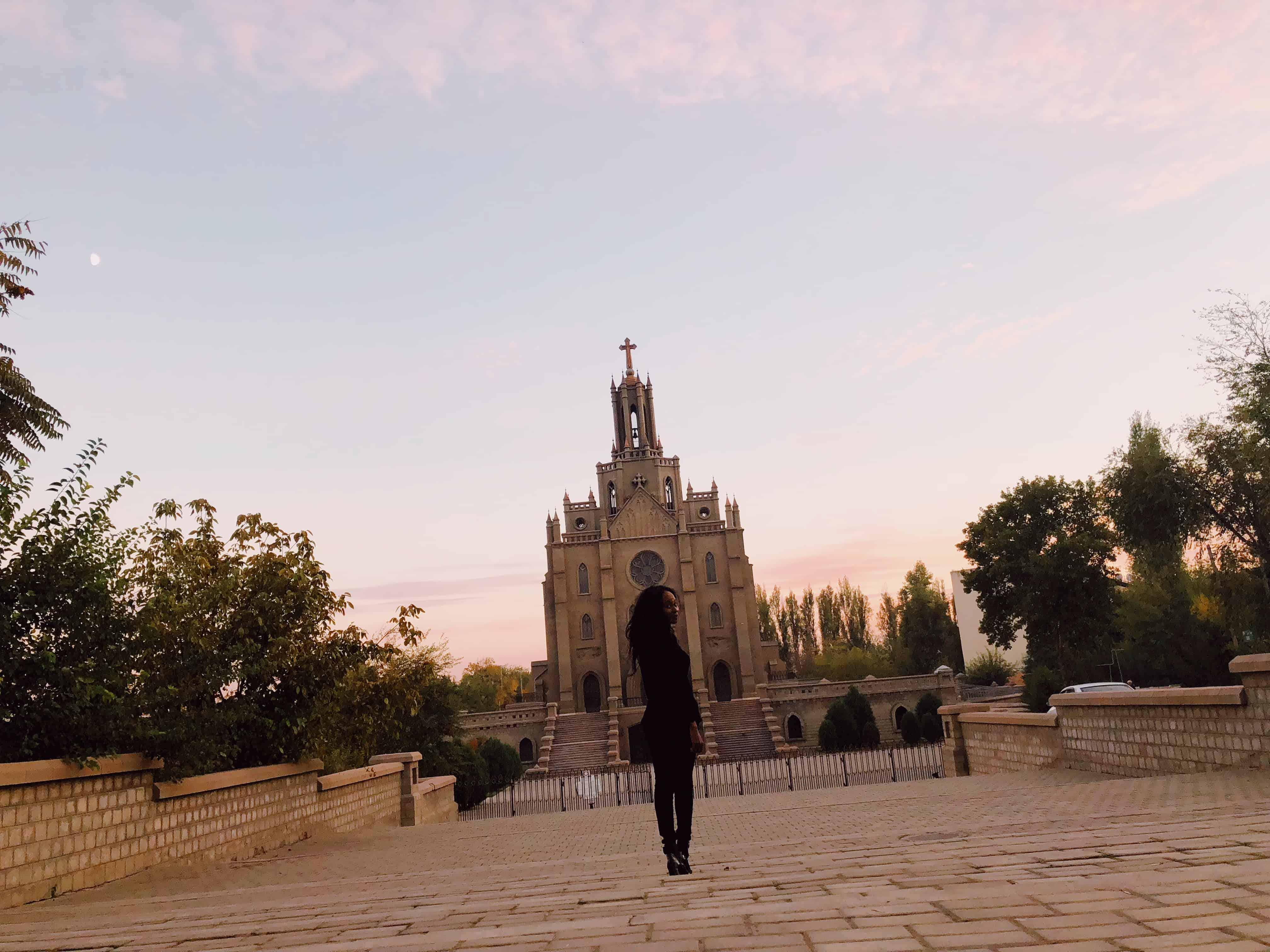 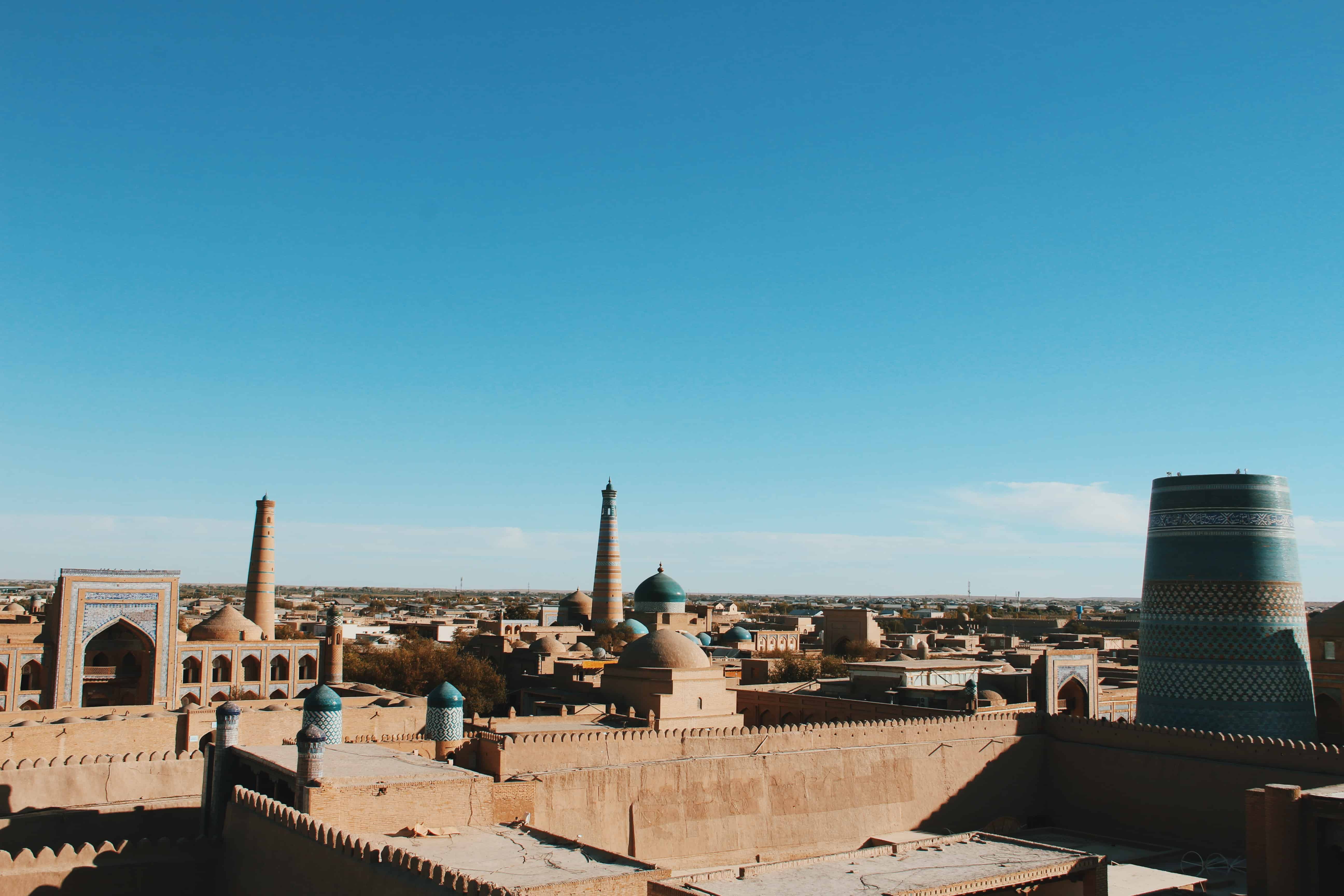 Khiva (pronounced Hiva), a 17th-century city in Urgench, about a 2-hour flight from the capital, is an Instagrammer’s dream. As a former caravan stop on the famous Silk Road, it has maintained its mystical charm of over 2500 years.

A site to behold as the city is enclosed within a fortress, Ichan Kala or the walled city, and is, of course, a world heritage site. It is recommended to visit early in the morning or in the evening when you get the best of the deep blue sky that renders it picture-perfect. 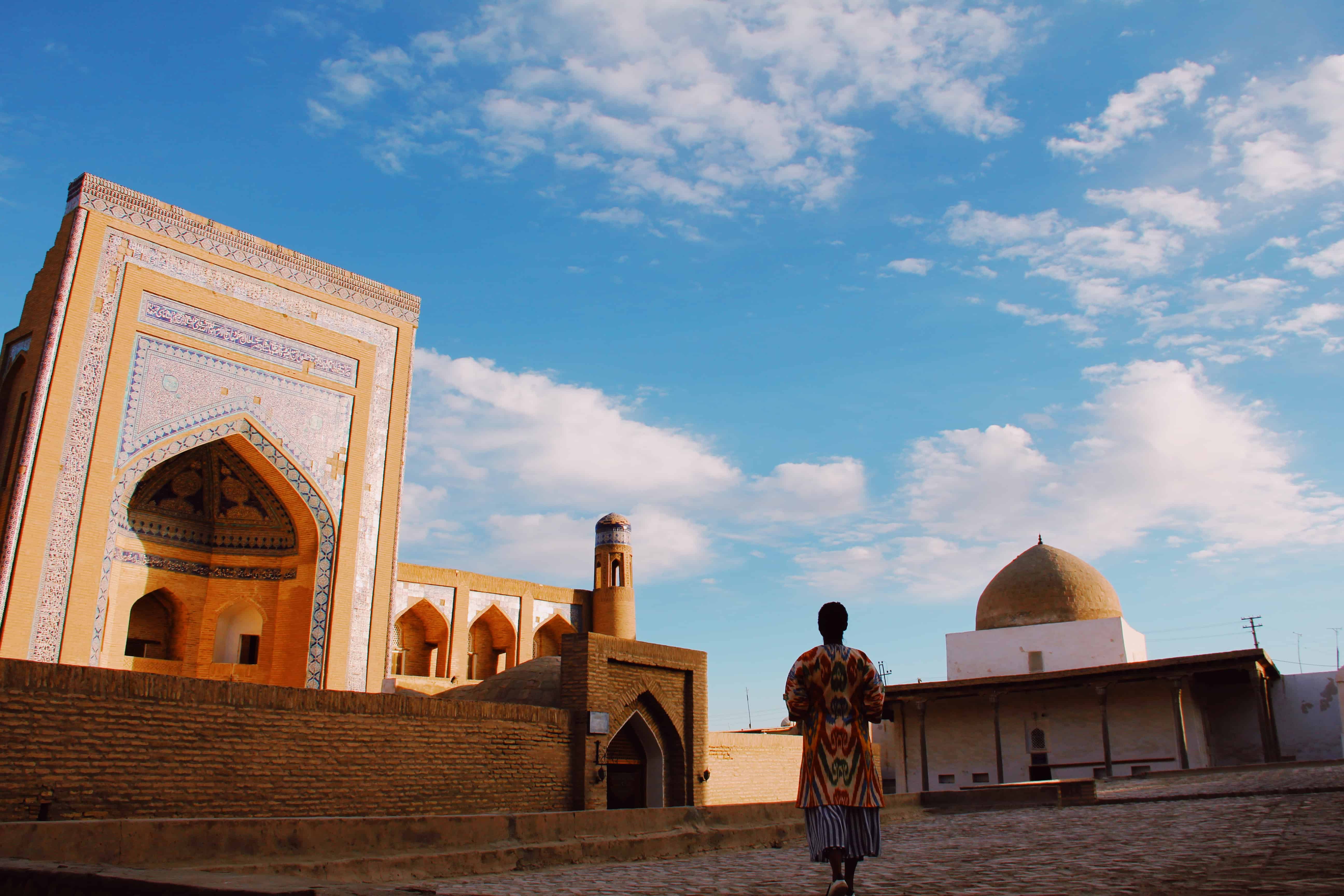 What I loved most about it was its medieval architectural splendour that is a true depiction of magical realism and its incredible history. I discovered all of these through Makhi, a very passionate guide who told me stories about Khiva passed down to her by her grandmother. 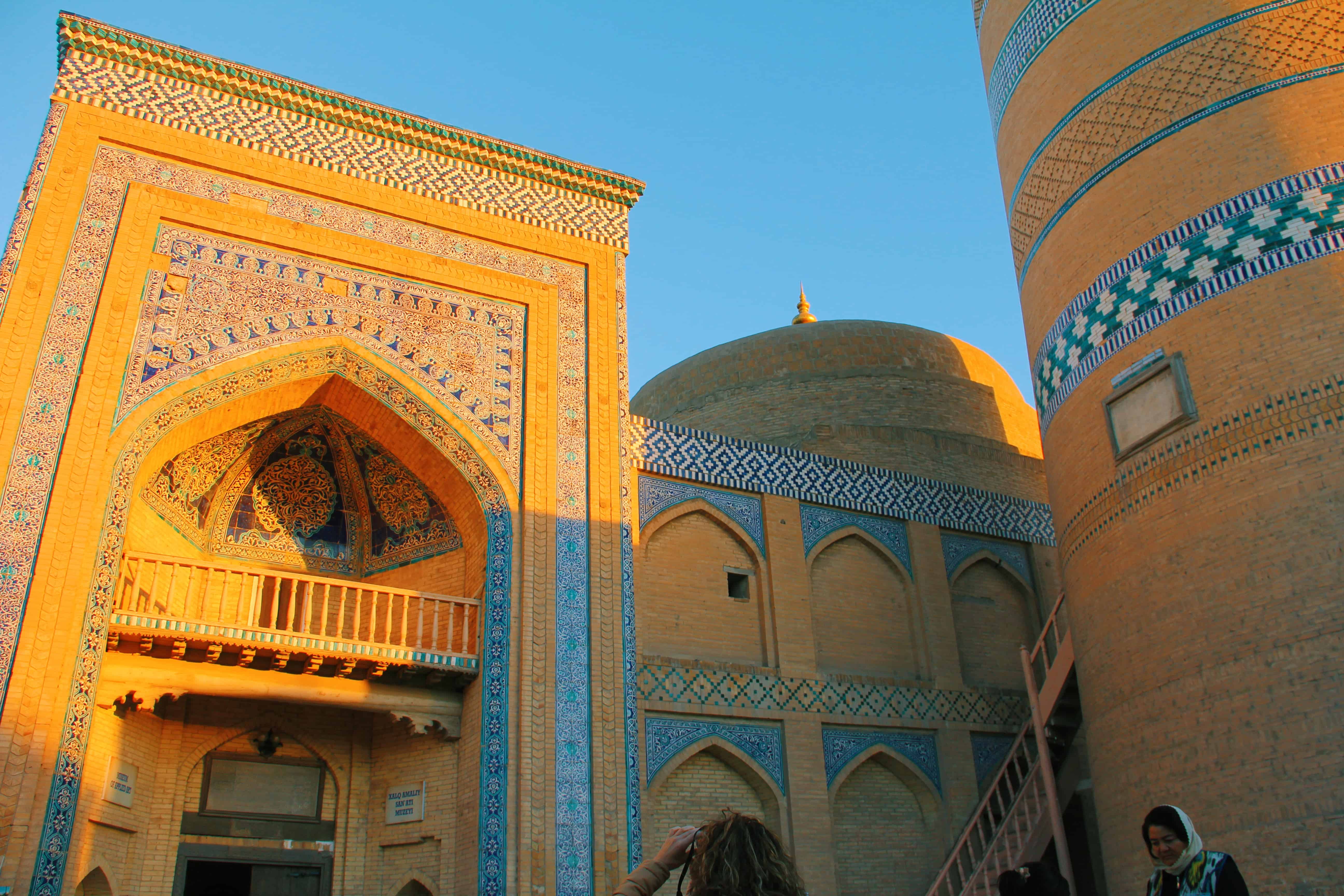 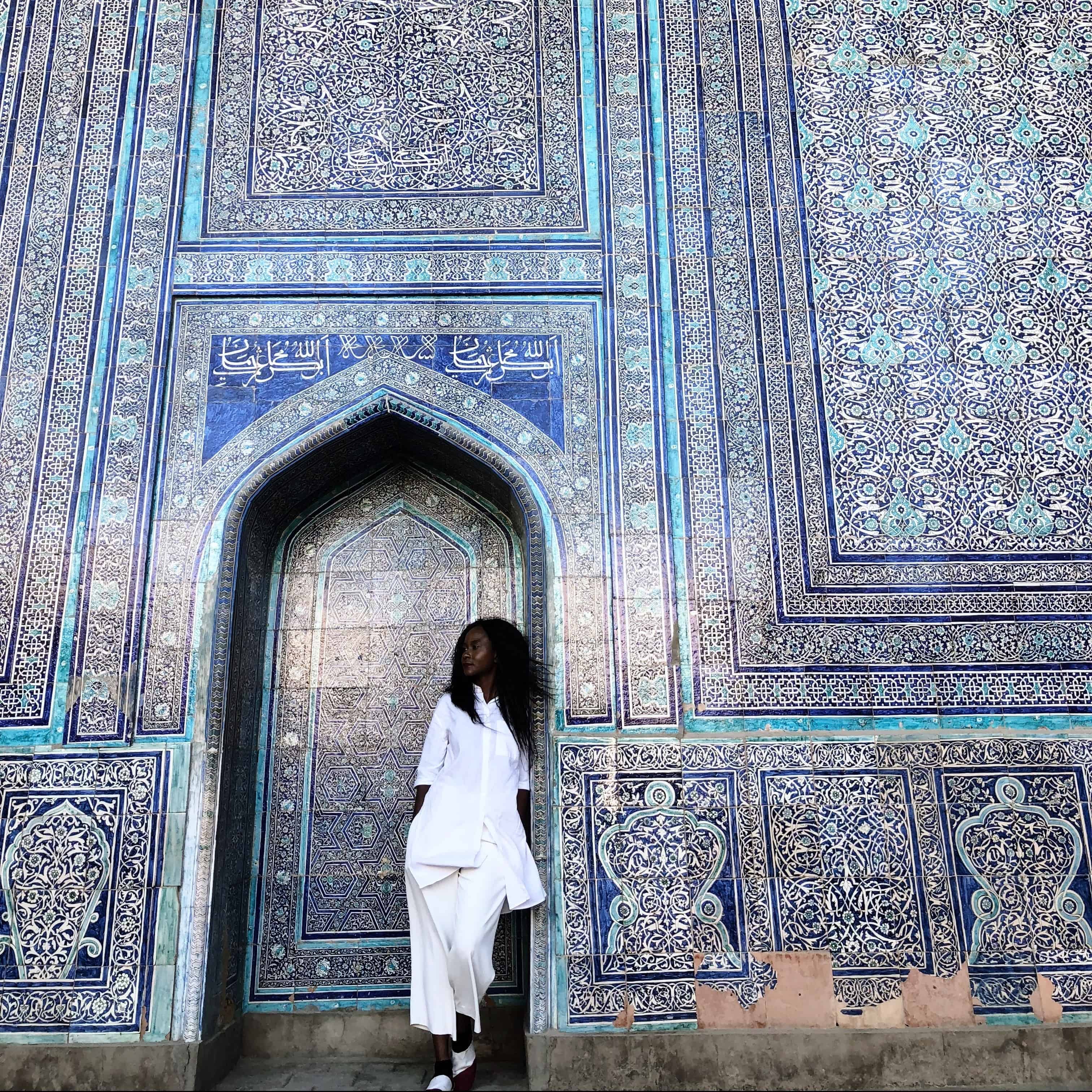 Bukhara is the city for enchanted travellers and will leave you wide-eyed and exhilarated. Most of the buildings have been beautifully restored and will transport you into a prehistoric dreamscape. Again, food is amazing and the locals have a genuine warmth towards tourists, always eager to say hello and point out areas you must visit. Like Khiva, most of the sites are within the old city but there are a couple of must-see attractions outside the city. 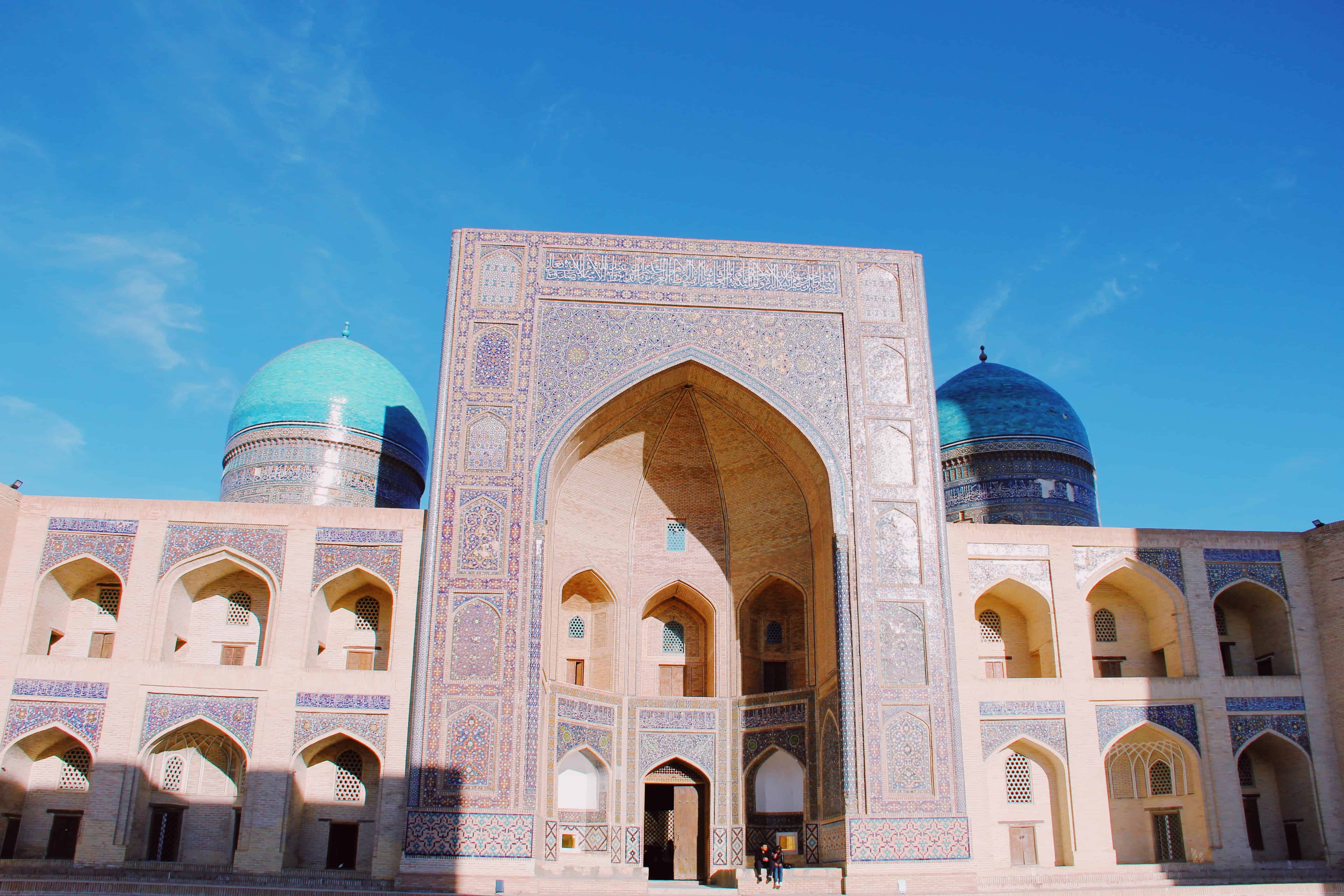 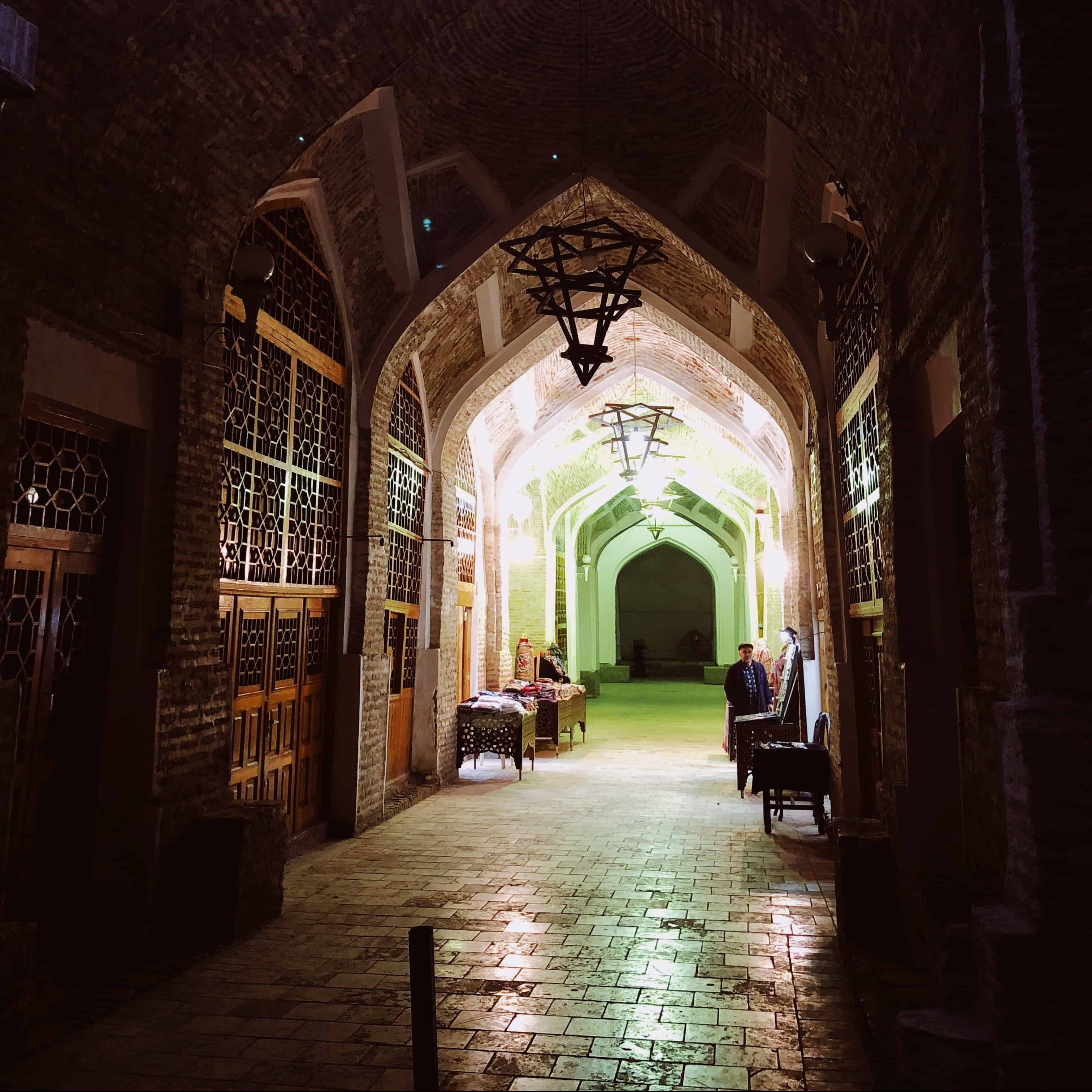 Bazaar in Bukhara winding down in the evening 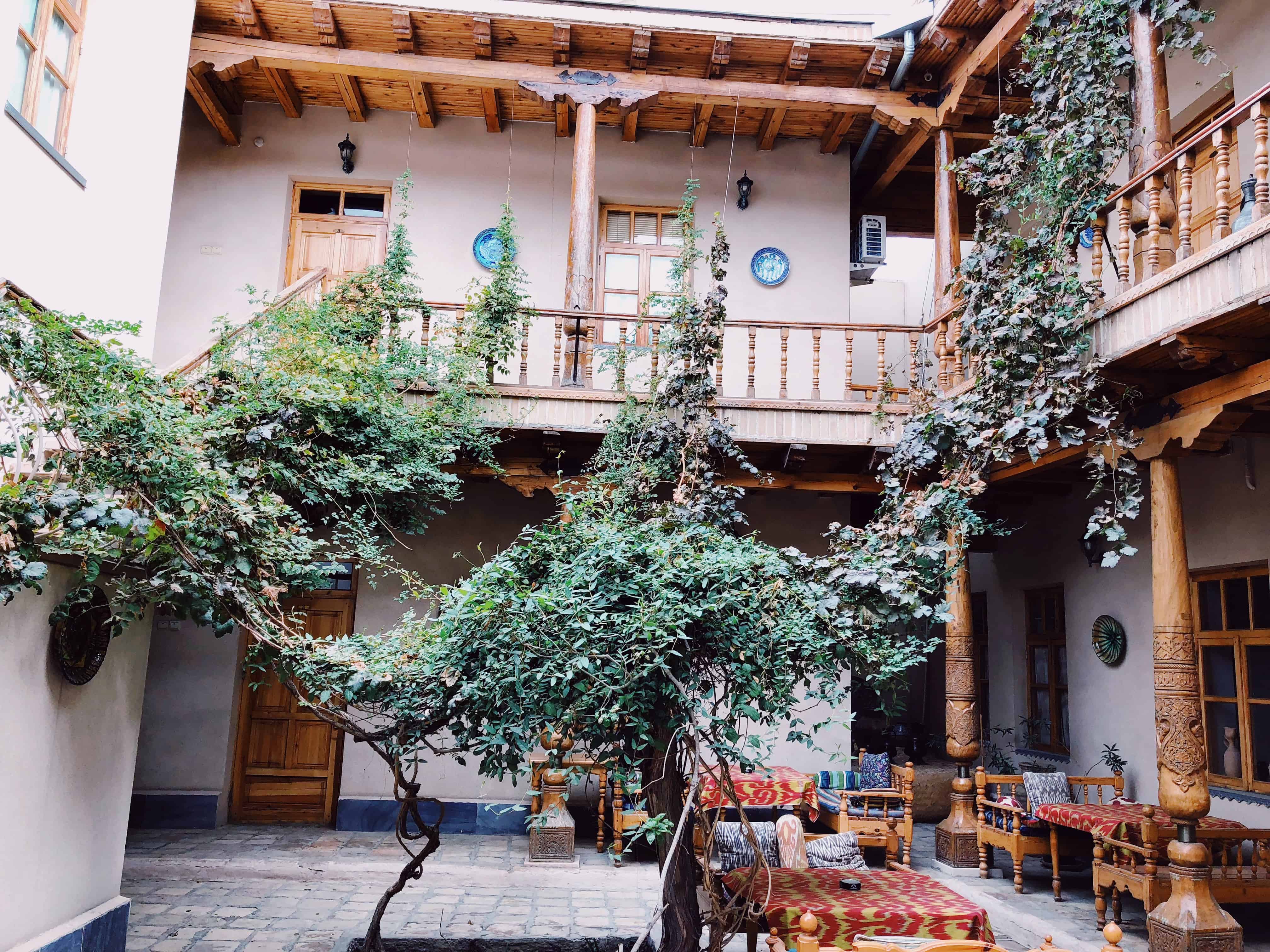 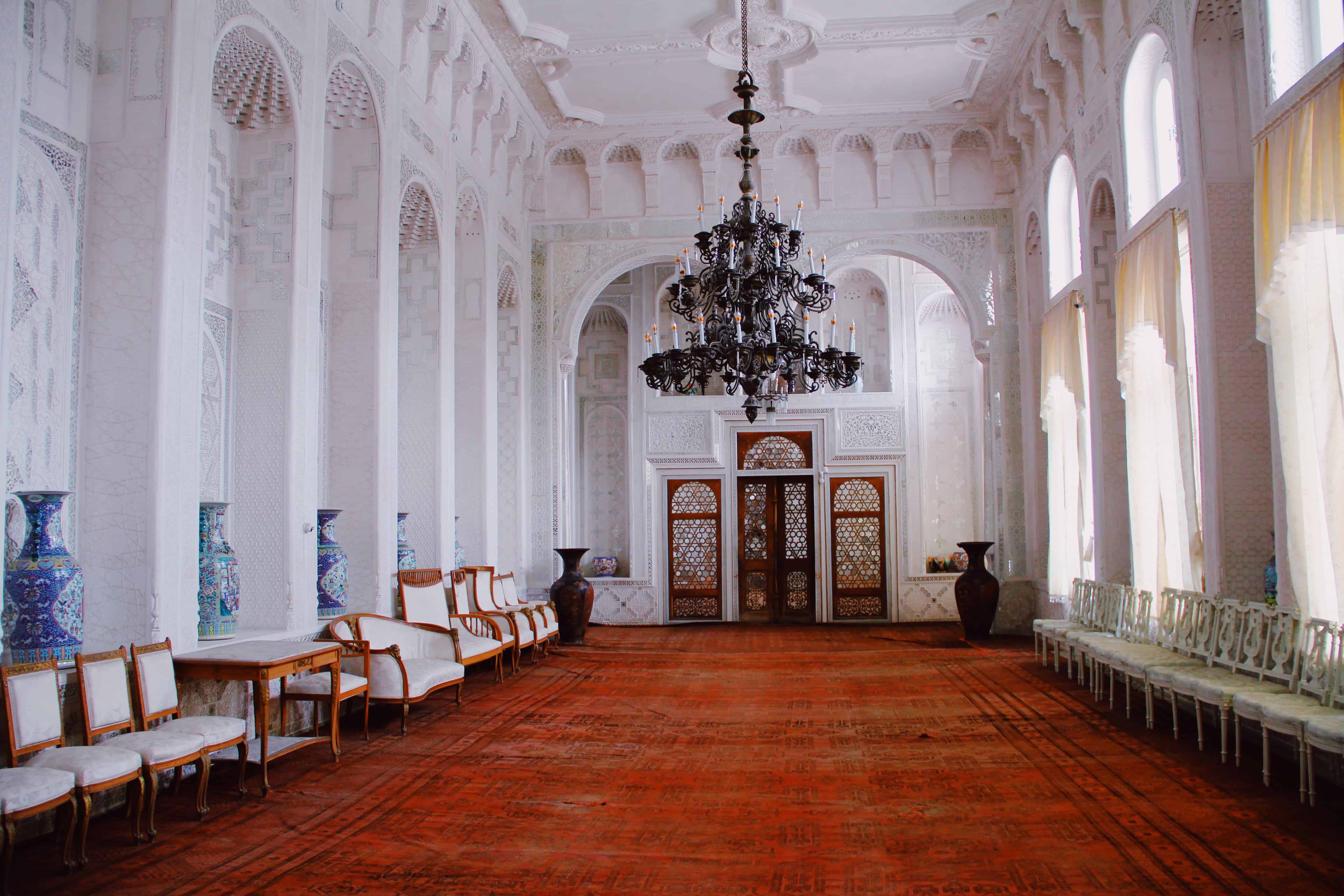 The waiting area of the Xossa palace

Unfortunately, I only had a day here and did not see as much of it as I would have liked but I made the best of it.

The Registan is heartstoppingly beautiful as only an ancient architectural wonder can be. Which explains why it’s always packed with tourists. That said, strolling through its beguiling rooms including over 50 madrassahs gives you a distinct sense of inner peace.  For 20,000 Som ( about 3$) you can climb up a narrow stairway to the top of one of the minarets for a bird’s eye view.

The Bibi Khanym mausoleum and mosque, a walking distance away from the Registan is also a must-see, mostly because of its history as well as its magnificence. 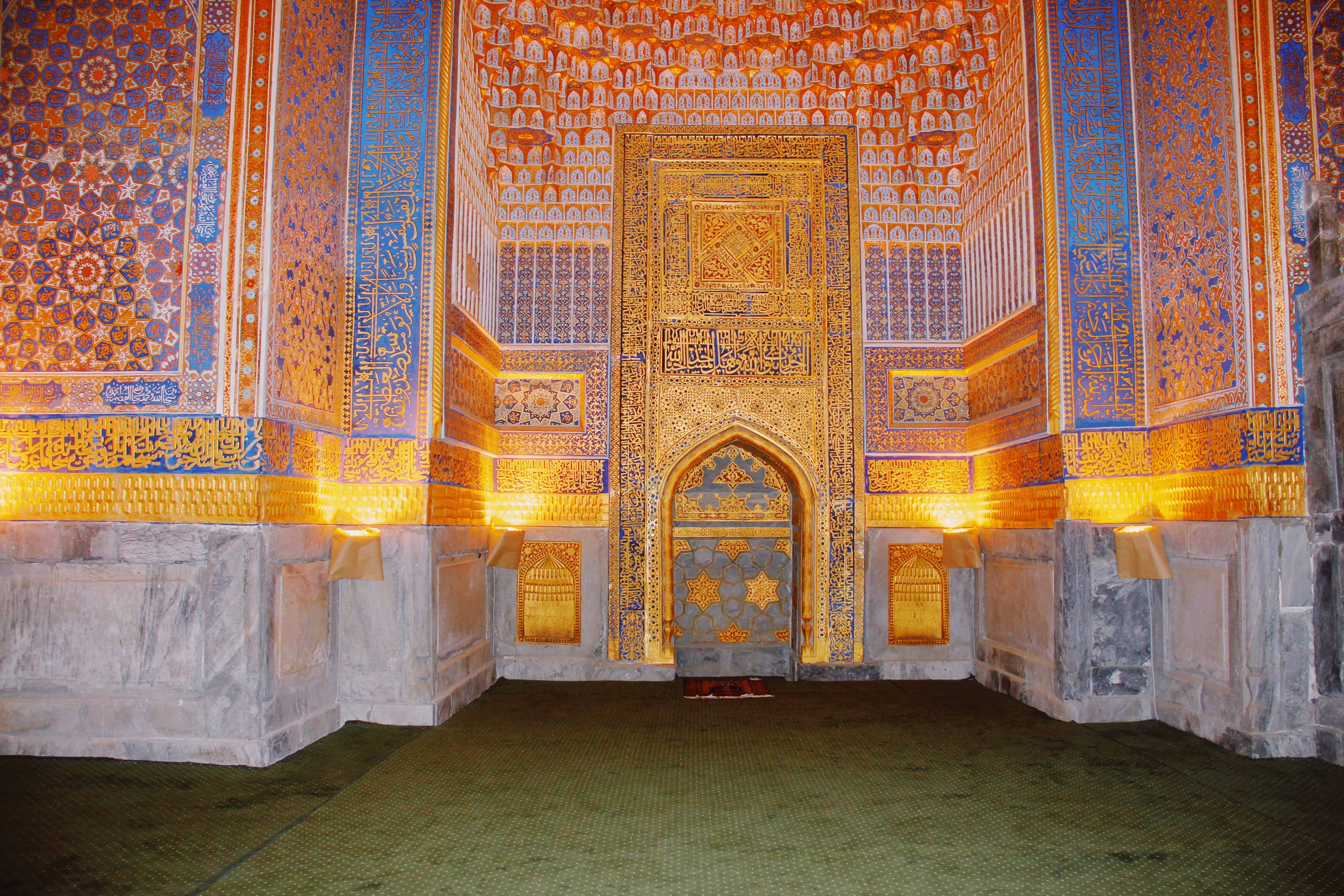 Inside view of the madrasas in the Registan

Gur Emir mausoleum where the famous Mongol ruler Amir Temur and his close relatives are buried underneath tombstones made from precious stones like jade and onyx. It is said that the mausoleum is adorned with almost 5kg of gold 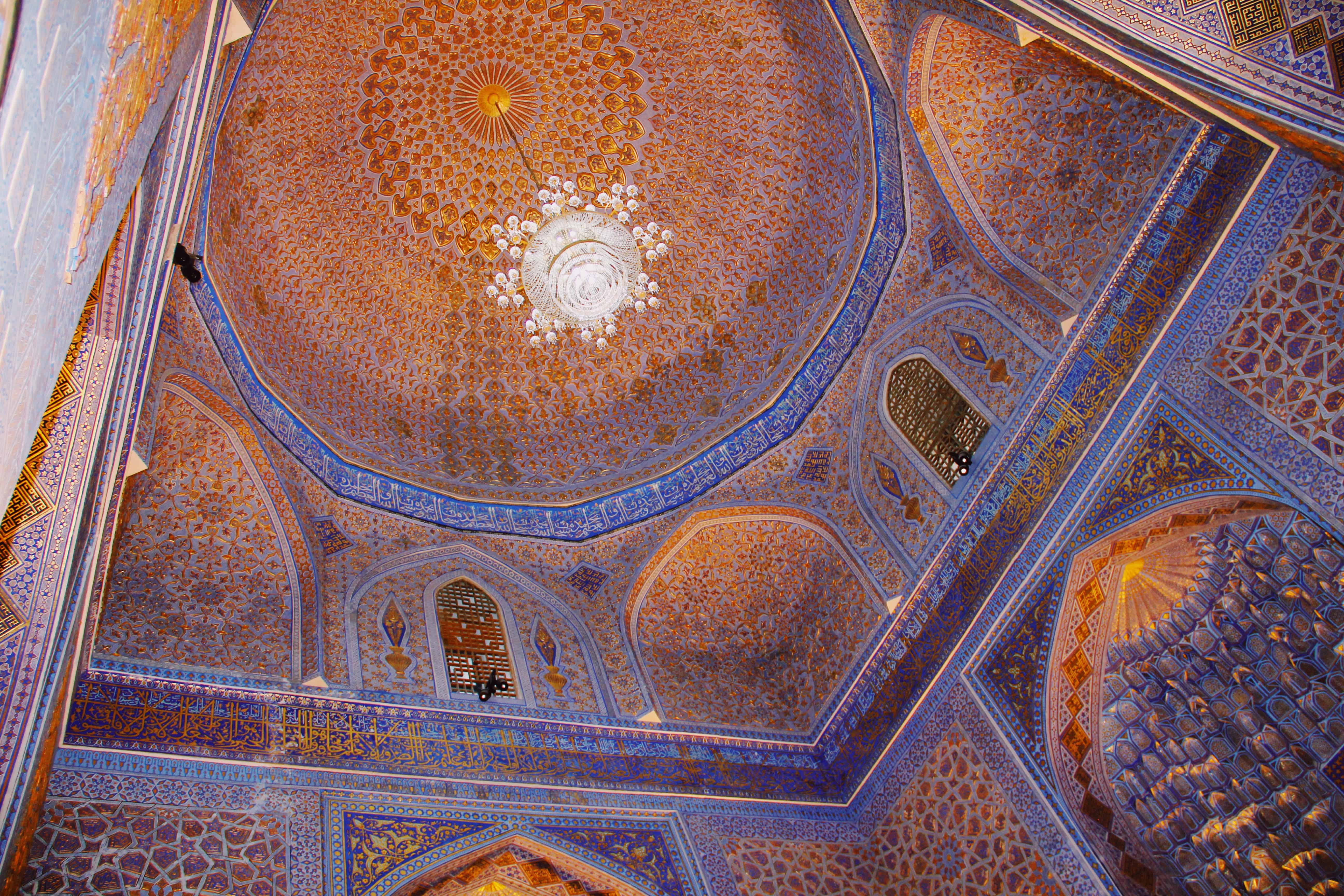 Some stunning madrasahs as seen on Instagram shots include Ulugbek, Sher Dor, and Tillya-Kari. Most of them are still places of worship.

Other attractions slightly out of town include the Afrosiab museum to learn about the city’s rich history and the excavation site behind its building.  If you are interested in astronomy, make a stop at the Ulugbek Observatory, a walking distance from the Afrosiab museum. 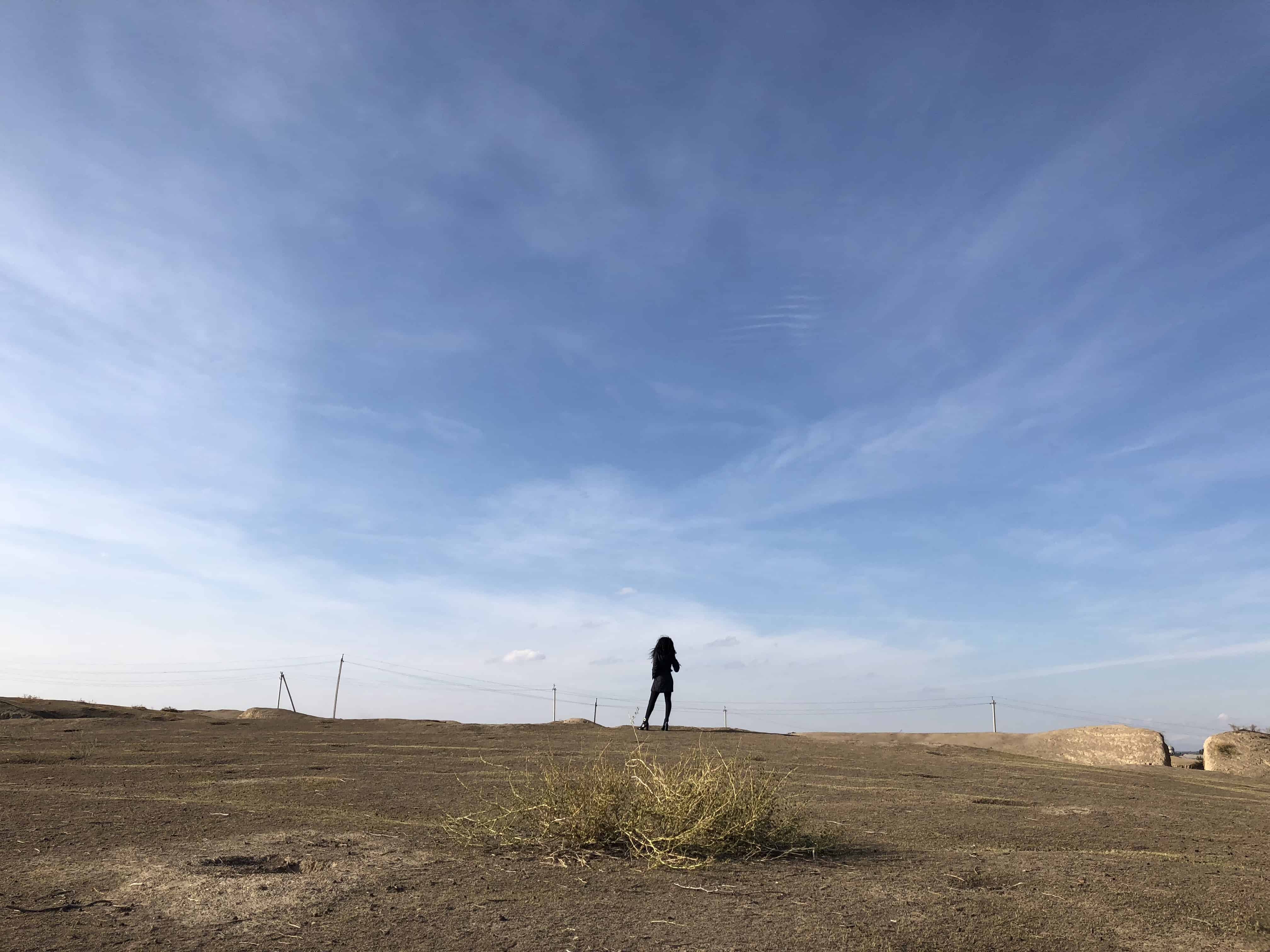 Essential tips for travelling there:

• I booked a guided tour as it was easier although you can get by easily with a good guidebook and if needed book a local guide on site. Even though tourism in Uzbekistan is still very nascent, the tours were efficiently organized from booking in-country travel and accommodation to organizing very knowledgeable English-speaking guides.
• If you’re short on time spend less time in Tashkent as there is more to see in the ancient cities. 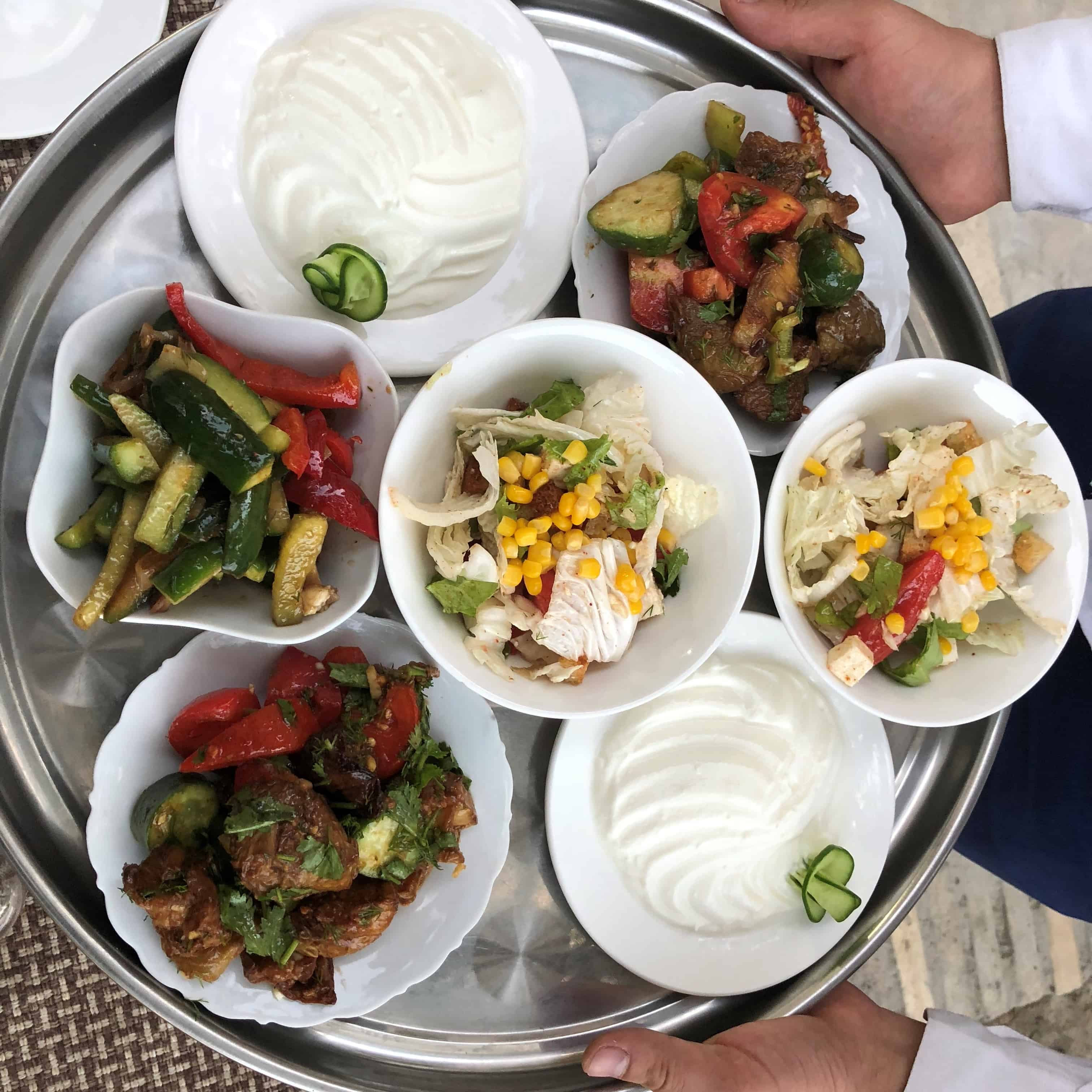 • Not many people speak English. Russian is more widely spoken in Tashkent and Tagik in Samarkand and Bukhara. But again you can still get by.
• As a foreigner, you stand out a lot, even more so as a black one and you will often be asked to take selfies with the locals. They always asked so nicely which again speaks to their warmth.
• You can get a 7-day tourist sim card that will guarantee you decent internet across the country. 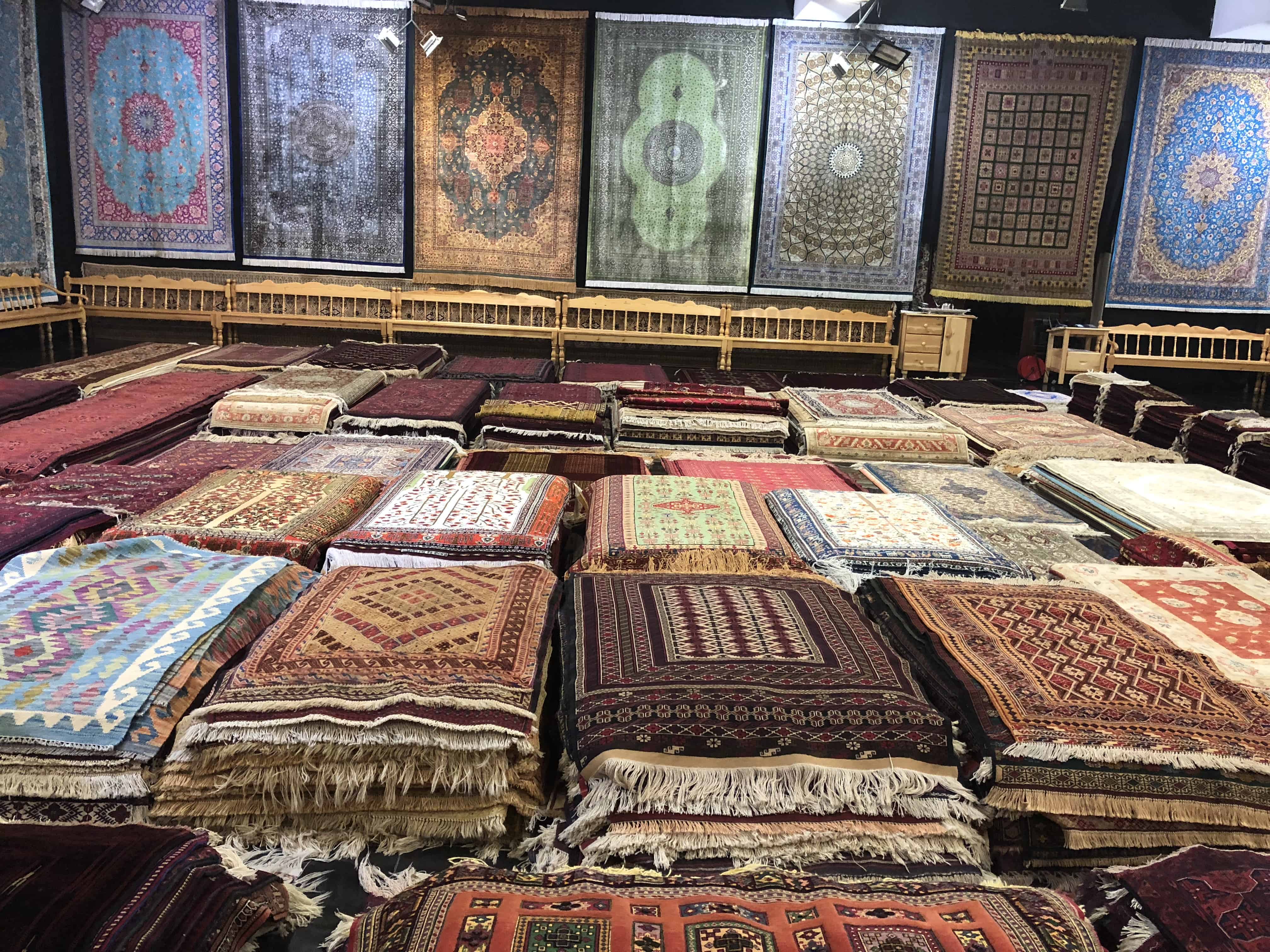 Haggling for a good price is expected

• Accommodation is quite reasonable and can be easily booked through Booking, Tripadvisor or Air B&B. However, you need to book early as they fill up quite first. Most of the hotels outside of Tashkent are quaint, cosy, renovated old homes or madrasas which adds to their charm. If there is a country where courtyards are so elegantly maintained, this is it. 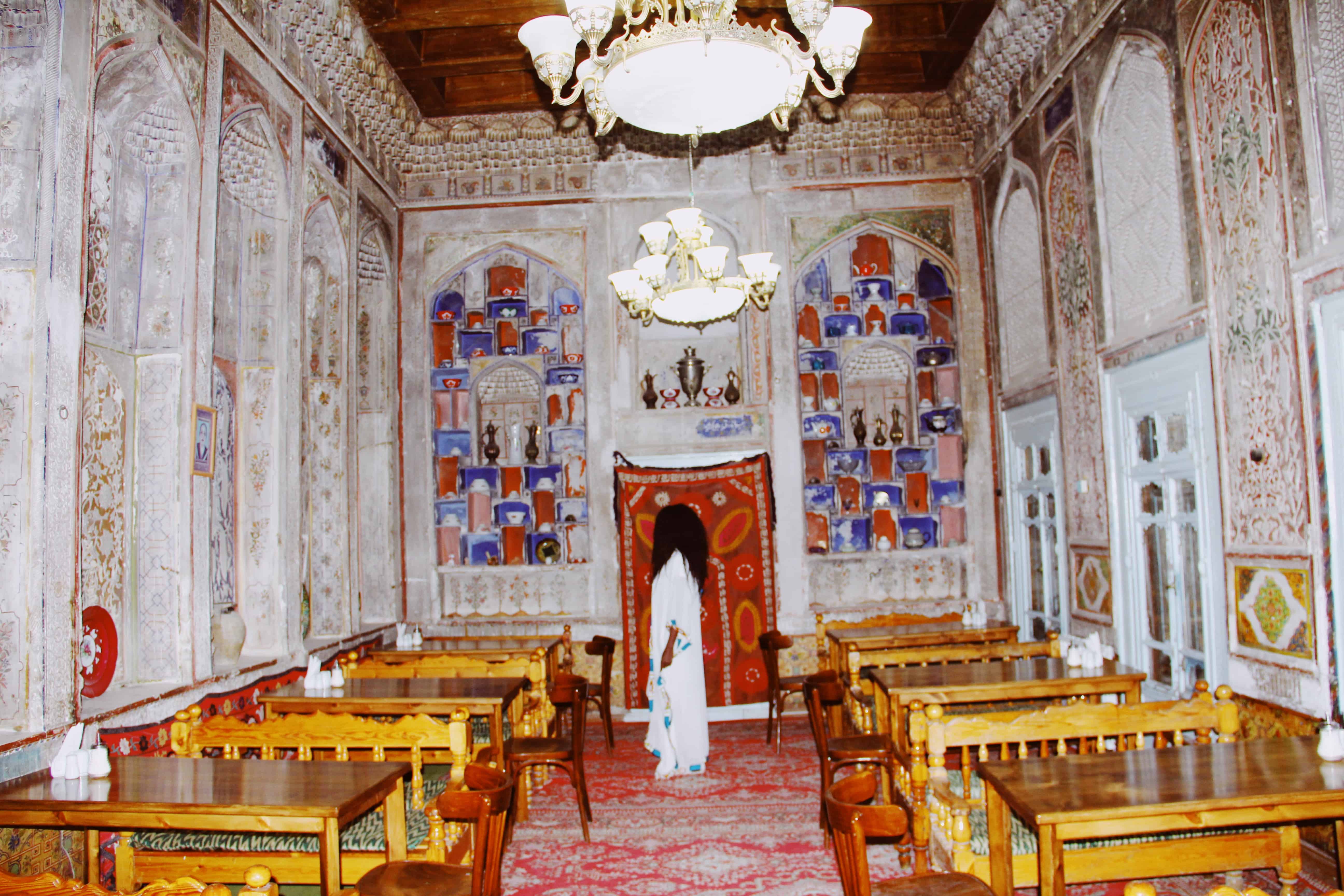 • The weather can be bipolar, I had days that had predicted bad weather that turned out to be gorgeous and vice versa.
• It’s easy to get around, in-country flights cost as little as 50$ and you can also travel by train including high-speed ones. Taxis are also cheap. 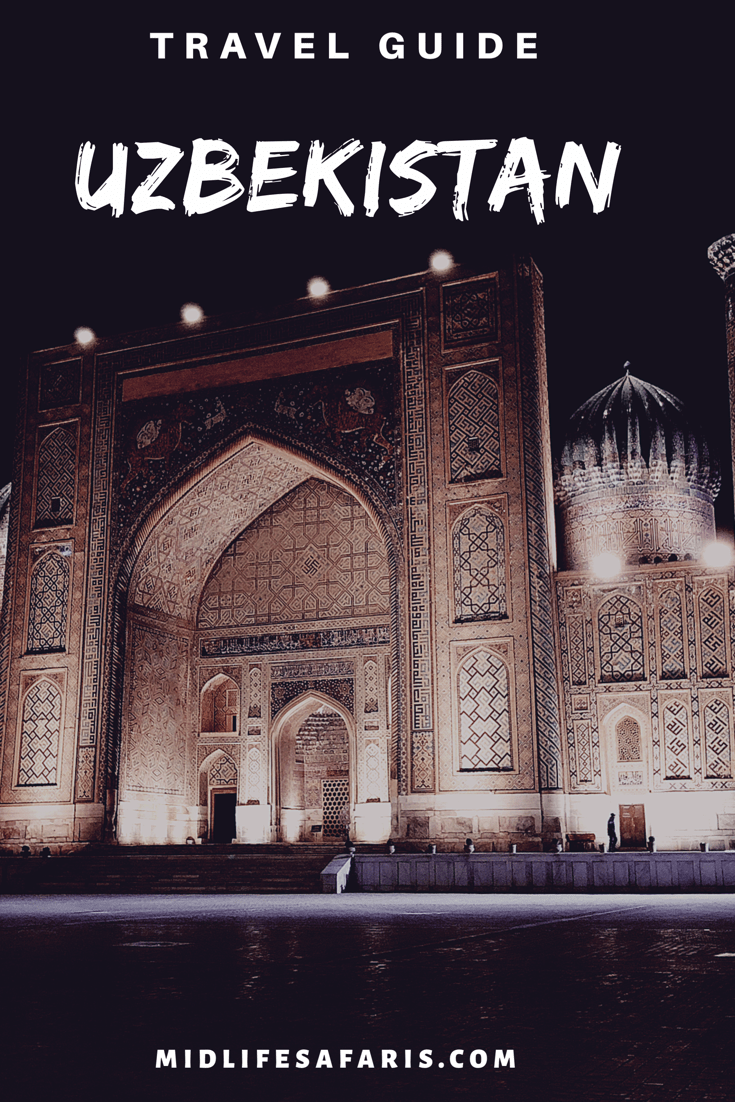 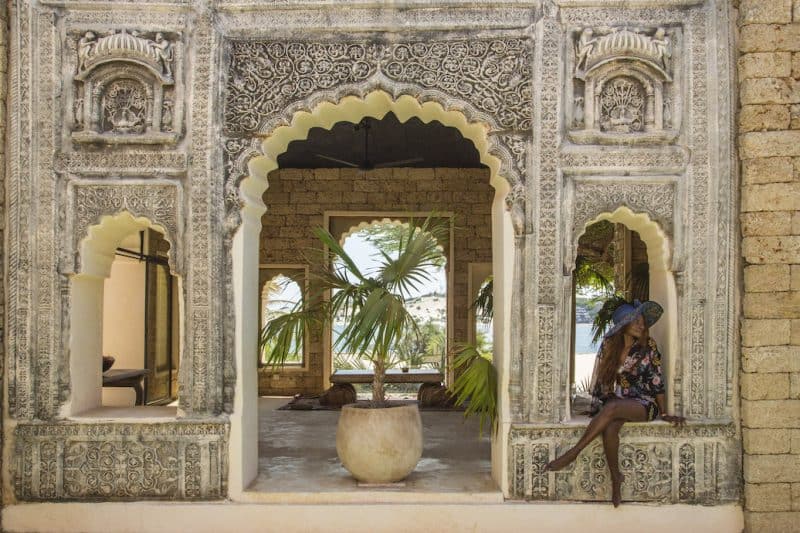